No more Gallbladder, thanks Hashimotos and Gentics.

I have been wanting to update my blog since March, but things got pretty hectic. I am finally taking the time today to post some updates. For about 6 months to a year before March,  I had been getting this pain on right my side that I assumed was from lifting weights and trying to be Hercules by attending cross fit type classes. I have to say for a while, I was feeling impressed with myself. Look at me , thyroidless and wimpy being strong lol!

Eventually I went in for routine blood work and noticed that my liver enzymes were elevated. When I pointed this out to my endocrinologist, he ran the blood work again and since they came back okay he said it was probably fatty liver. Naturally, I started looking up the connection between Hashimotos and fatty liver and as usual I did manage to find information indicating that those of us with thyroid problems tend to have increased chances of developing fatty liver. Of course ,I got mad for having stupid Hashimotos but I decided I would try to look up information and see what I could do to keep it from getting worse or reverse it.

Despite this information, I decided to share my blood work with the functional medicine office that I go to. The Nurse Practitioner whom I absolutely love started asking me questions. One of the questions being if I was ever nauseated or had pains and to show her where the pain was at. So I told her that I was experiencing an increase in nausea but wasn't certain if it was because I hadn't been watching my diet as closely. She decided to run some more blood work,  initially I hoped that there would be nothing wrong and that it was all just in my imagination. Unfortunately, I got a phone call from them indicating that they wanted me to get an Ultrasound and see a specialist right away.  My first response was, that I wanted to re-do my blood work because I had been sick the day before the blood work and that I would wait until the next appointment.  The next day they called me again saying that the Nurse Practitioner did not want me to wait until the next appointment, and that I needed to go get the Ultrasound and schedule an appointment with the specialist. Actually, they told me that they had already contacted the specialist and they would be calling me for an appointment.  Can you say PANIC!!!!!!

I went ahead and complied with their request because they sent me into freak out mode. I was so nervous, and kept recalling all the tests, and scans I had done before and after I had my thyroid removed.  Luckily, I didn't have to wait too long before  I got my results, and turns out I had a pretty big sized gallstone. Granted this wasn't the best news, but I was thankful it was nothing worse. I wasn't too surprised as the number of people on my mom's side of the family without a Gallbladder is pretty high.  As much as I hate the idea of surgery,   I ended up having my Gallbladder removed and I do have to say it has been nice to have nausea every time I eat, but it got me thinking.  One thought was is their a link between Gallbladder issues and Hashimotos, and the other thought was well now what.

I have come across various blogs and facebook posts regarding the link between Gallbladder disease and Hashimotos. Some talking about how being gluten free is very important especially if you have Hashimotos, and other information indicating that hypothyroidism slows down the overall process of the liver metabolizing and filtering toxins which in turn makes the gallbladder produce gallstones due to congestion. So because I hadn't been completely gluten free I wanted to hit myself over the head., and then I realized while that would have been helpful it also wasn't entirely my fault.  I mean why blame myself when I can blame this dumb autoimmune disease and my genetics lol!  All in all I do think it was best that I did have my Gallbladder removed before it busted 👖and then I would have been in real trouble.

So now , I am in the now what phase:
1)What else is going to happen now that I am missing both a thyroid and a Gallbladder? Ugh !!!  I mean I know there could be worse things out there but can this domino effect please just stop?!  Actually, as I am typing this up I am currently waiting on some blood work to see how hormone levels , and cholesterol , and so on and so on are.

3) What about my liver, what can I do to keep it health or in my case get it back to normal.? Which turns out when they did a liver biopsy as part of my surgery that I do have mild fatty liver.  Which could be result that my liver was trying to compensate for my gallbladder, and also Hashimotos.

There has to be some kind of balance out there, and I will find it and I will get on track. I just need to say NO , when I am tempted with the things I shouldn't be eating or drinking  which is so much easier said than done.  Maybe it's time to take charge and be the Hercules of my diet, rather than the Hercules of cross fit?!

Email ThisBlogThis!Share to TwitterShare to FacebookShare to Pinterest
Labels: Hashimotos

Janelle B.
I was diagnosed with Hashimotos when I was in graduate school back in 2005. I had my thyroid removed in September of 2010 and it has been a battle for me getting back to my "normal". Shortly after having my thyroidectomy I started having problems with my parathyroid hormone level but that seems to be getting better. I love to run, and am trying to get myself back on track with running, eating well, exercising, and just being me.

Adventures: Things I want to do 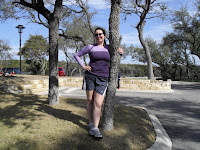 Working out is fun!!

If you have any questions or comments contact me at
janelleb.flores@gmail.com